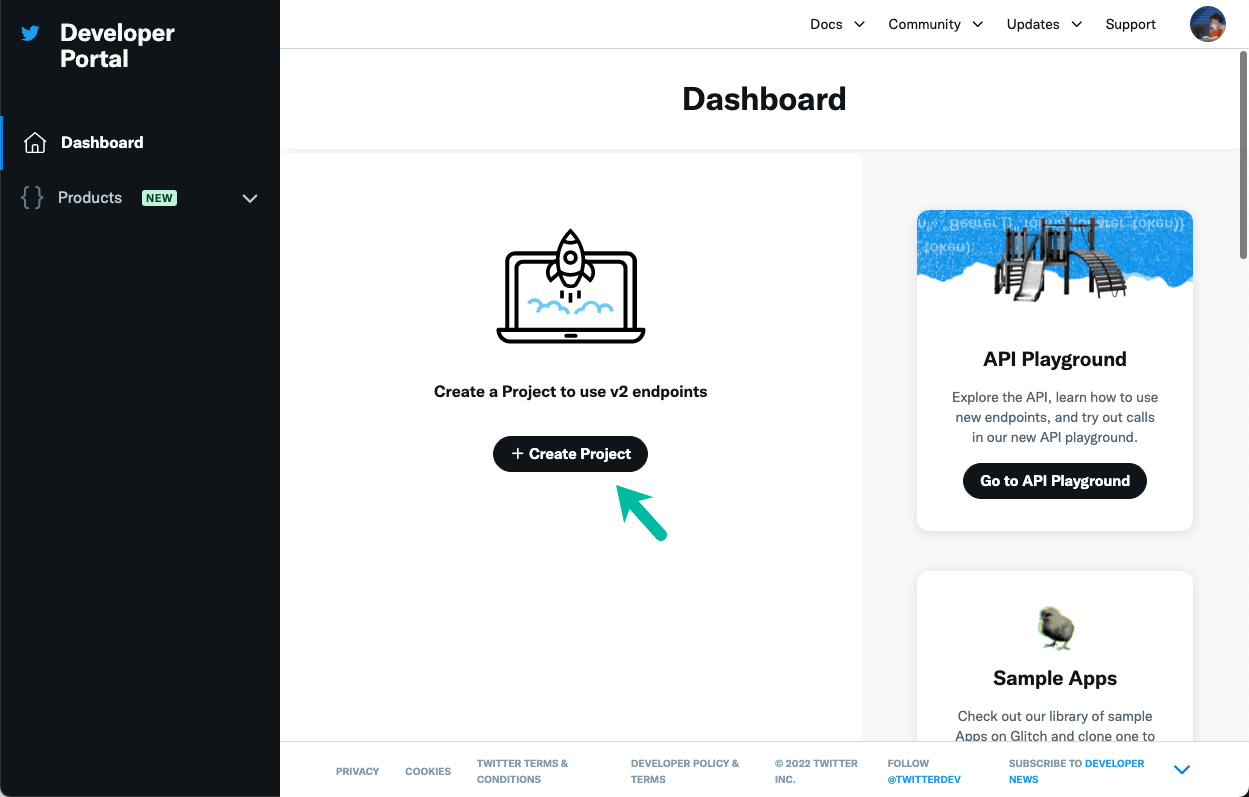 Give your Twitter project a short but descriptive name. Under the Which best describes you section, specify how you intend to use the Twitter developer platform. Choose Making a bot option here.

Next, provide a brief description of your Twitter project that is for internal use only.

The Twitter bot will help us reach to our customers and patrons via automated rules. 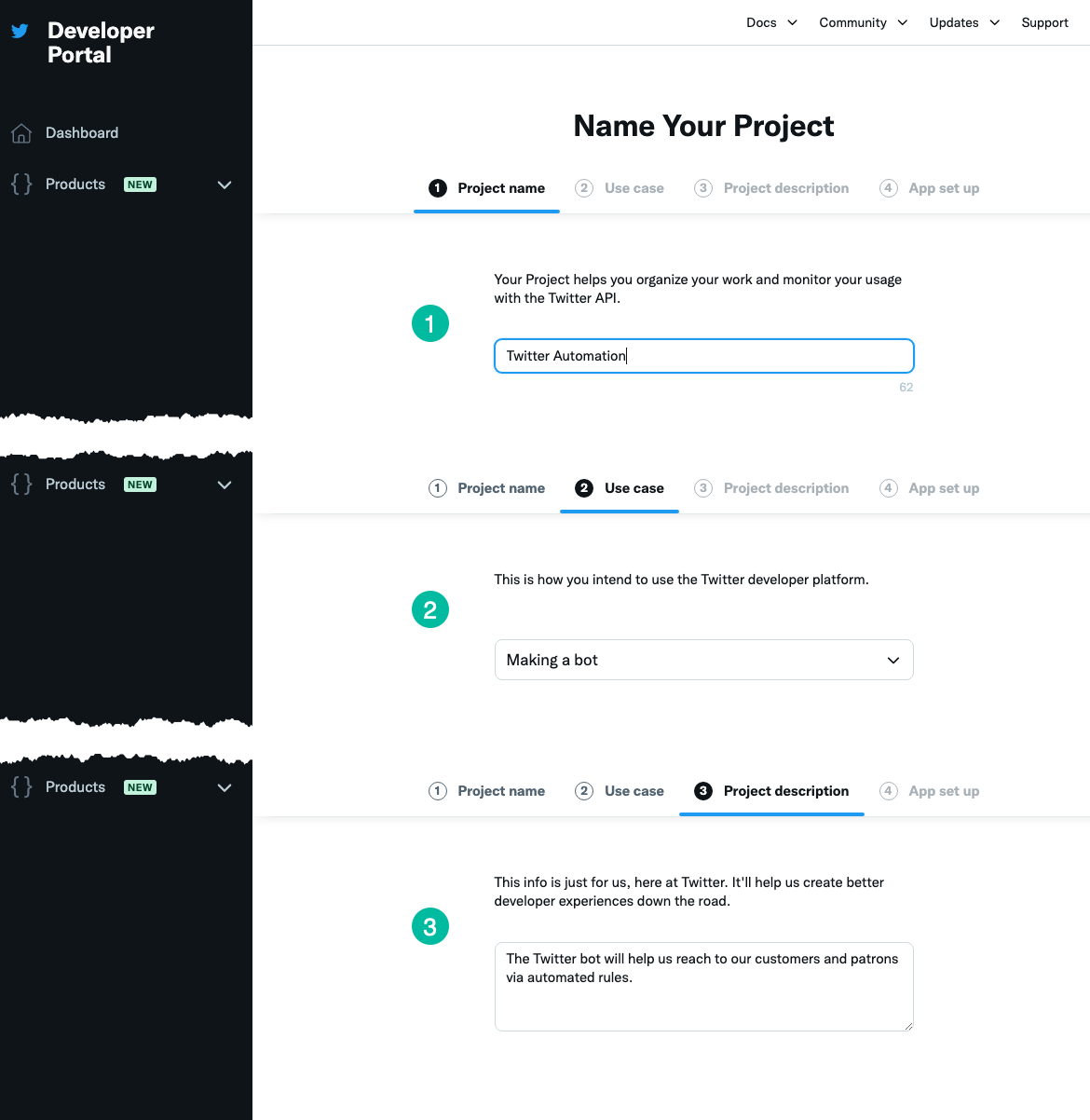 Give your Twitter App a name - this name is pubic and it will show on all tweets that your bot will send. The name should be less than 32 characers and has to be unique across all Twitter apps. 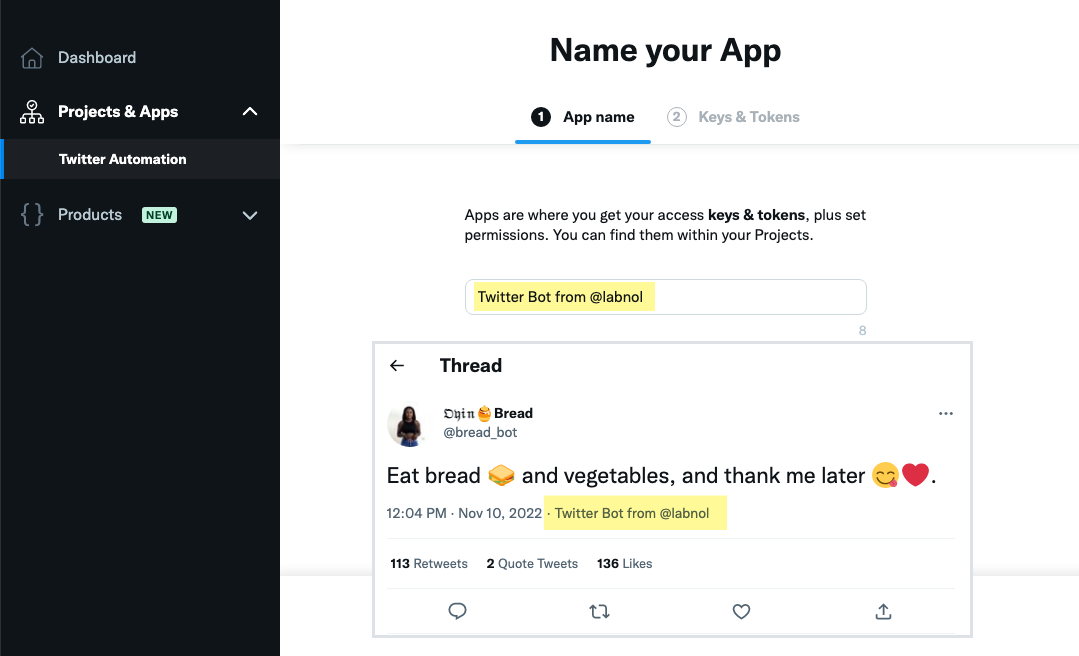 On the Keys and Tokens page, you'll find your Consumer API key and Consumer API secret. You'll need these to authenticate your Twitter bot. Please make a note of these values since Twitter will not show them again.

Also, the Bearer token is not required for the Twitter Bots application. 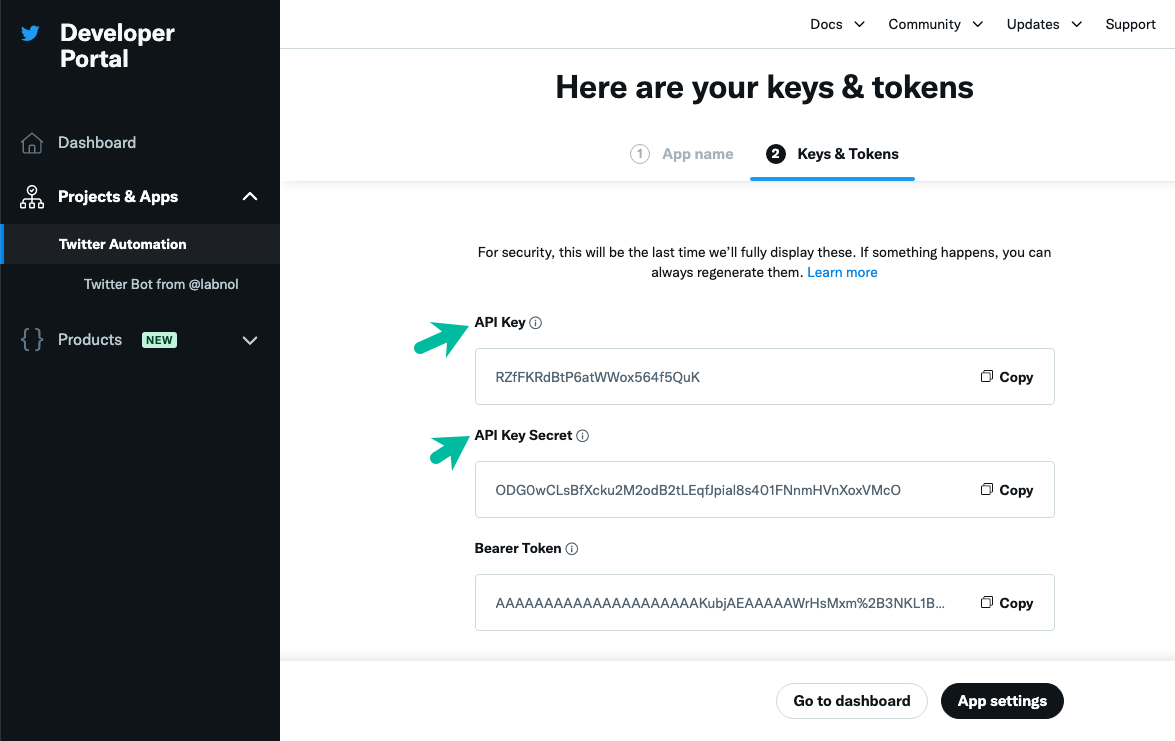 Please make a note of these values since Twitter will not show them again. 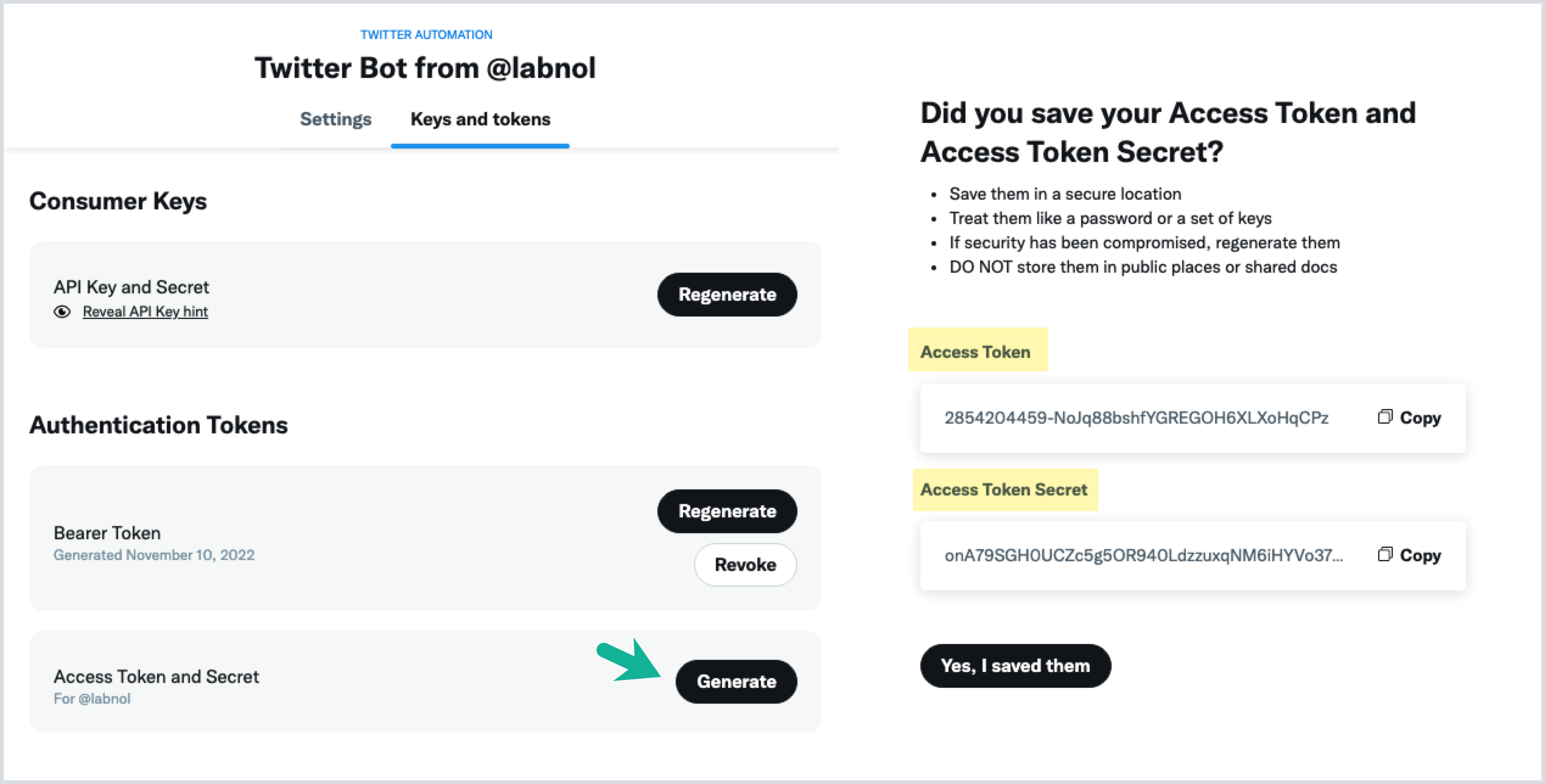 Under the Settings section, choose Setup under User authentication settings to generate the Access Token & Secret. You'll need these to authenticate your Twitter bot. 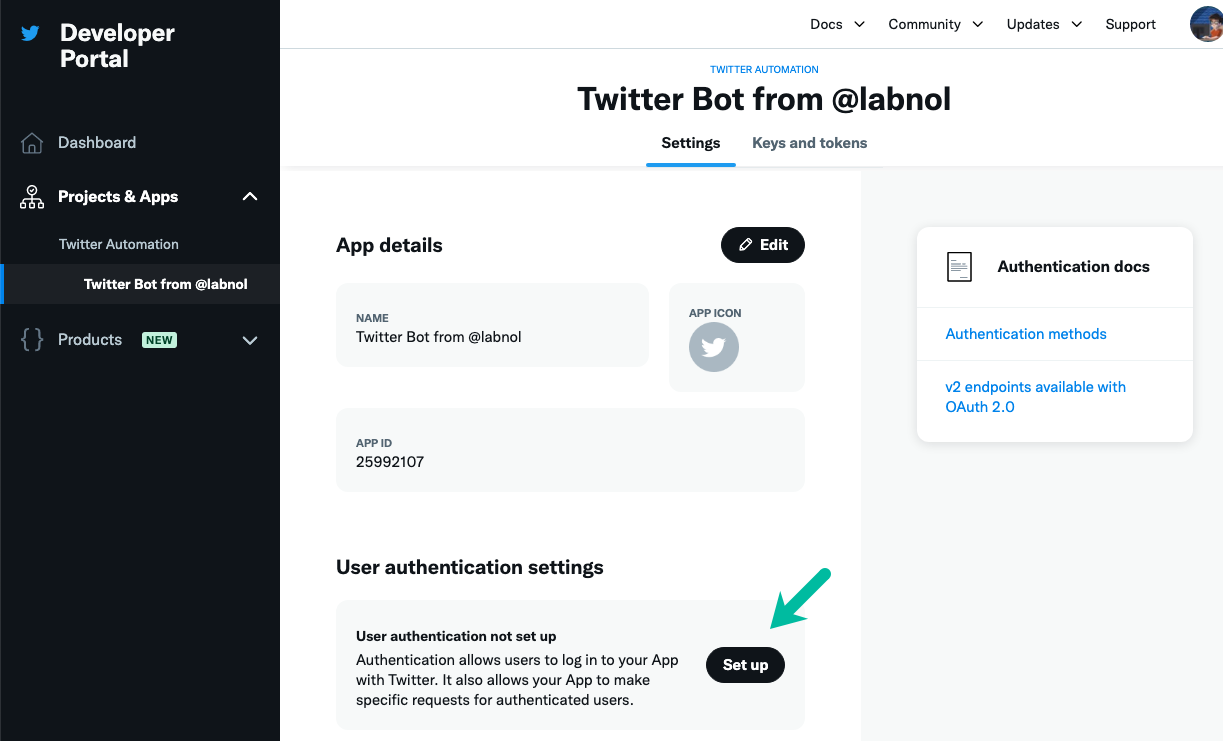 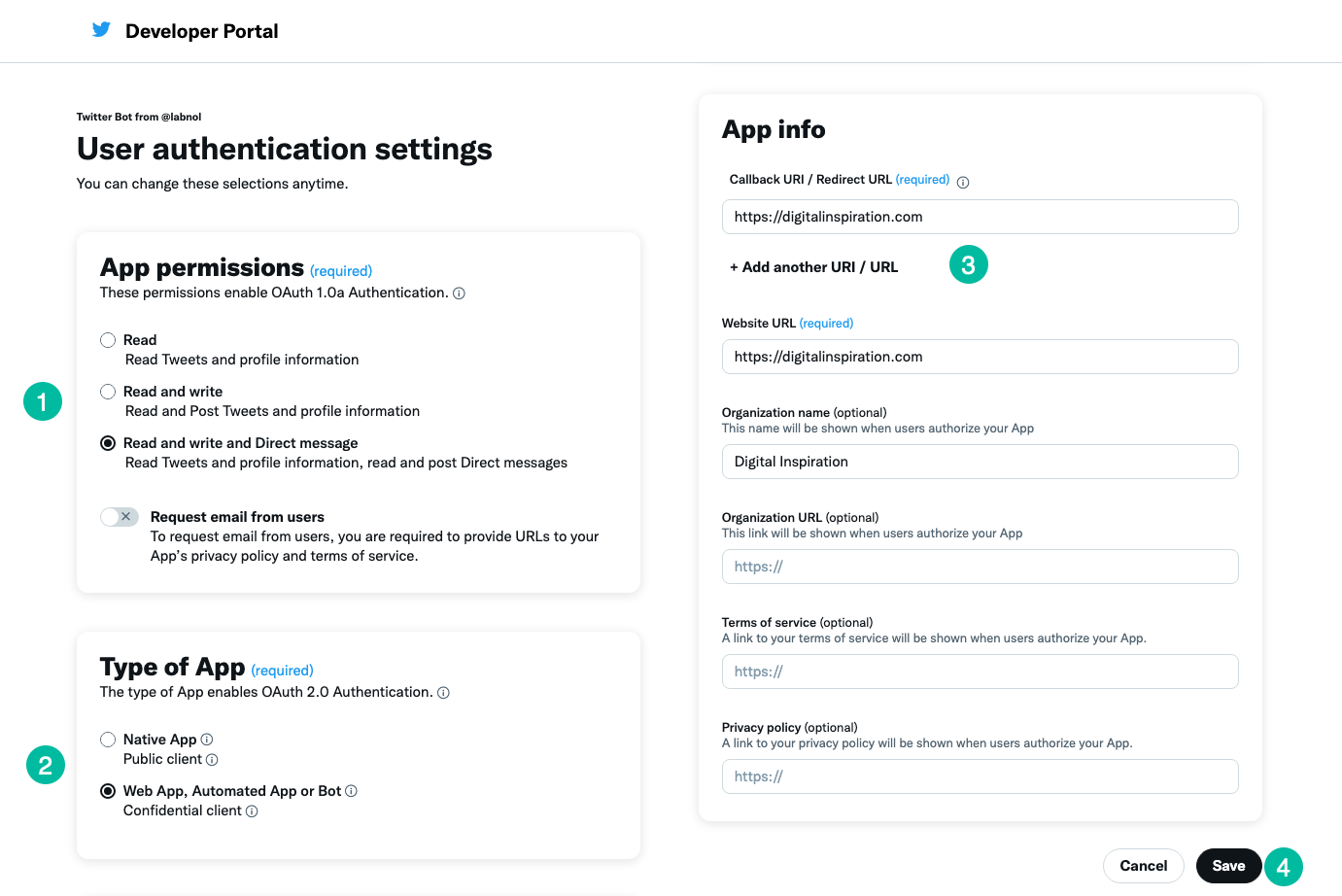 Put your own website's URL, or https://www.google.com, in the Callback / Redirect URI field and the Website field. Click the Save button to save the changes.

Twitter will show your OAuth 2.0 Client ID and Client Secret on the next page. You can disregard these values since we are using OAuth 1.0a authentication method that uses broad authorization with coarse scopes (also known as permissions).

Here's how the keys and tokens map to the Twitter Bots application: 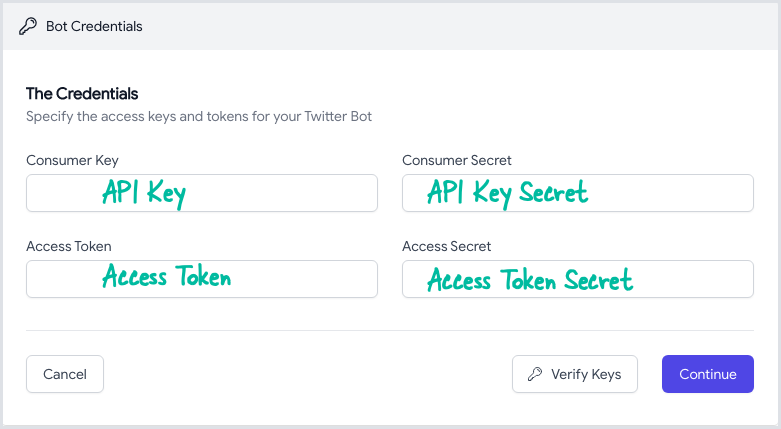